With 15 chapters across 3 volumes, the manga retells of the story from the anime series A Place Further Than the Universe. Some chapters cover a particular event from a different character's point of view than the original. Volume 1 covers episodes 1 - 4. Volume 2 covers episodes 5 - 8. Volume 3 covers episodes 9 - 13. 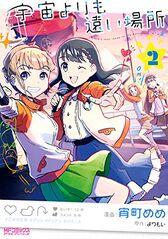 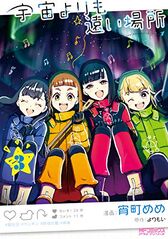 Retrieved from "https://a-place-further-than-the-universe.fandom.com/wiki/A_Place_Further_Than_the_Universe_(manga)?oldid=1491"
Community content is available under CC-BY-SA unless otherwise noted.