A Place Further than the Universe Wiki
Register
Don't have an account?
Sign In
Advertisement
in: Chapters

This is Chapter 12 in Volume 3 of A Place Further Than the Universe manga.

As they go about their duties, Shirase attempts to get Hinata to talk about what happened with her friends, and why she got so upset. Hinata won’t respond. Then Shirase finds an email for Hinata, and reads it. Hinata confronts her, and has to explain about her so-called ‘friends’. In high school, she overheard them backstabbing her. After that she quit the track team, and eventually left high school altogether.

Hinata can’t stand how gloomy this has made everyone, and explains about how awesome it is to be in Antarctica together, and that they need to let it go. Shirase, however, can’t do that, and discusses it with Hinata further. Hinata takes Shirase’s hands, and tells her that she’s done enough.

When the time for the next video conference comes up, Hinata goes to Shirase to talk about it. Although she knows it’s petty, she can’t bring herself to forgive them, but can’t summon the strength to confront them either. Shirase has no such difficulty. When the video link activates, she immediately tells off the girls who are there to see Hinata.

Later, they set up a makeshift temple bell out of an empty drum can, and perform the new-year’s Buddhist ritual of ringing the bell for elimination of one’s earthly desires.

This chapter is based on Bash That Drum Can! (Episode 11) of the anime. 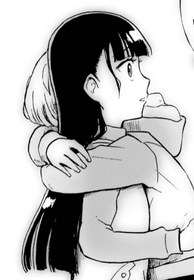 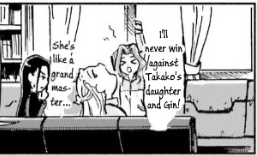