Howling, Maddening, Screaming is the eighth episode of A Place Further Than the Universe.

The ship sets sail from Fremantle. The girls interview some of the expedition members. Yumiko sets them to work in the galley, after which they go for a run on deck. The weight training tires Yuzuki so that she can’t lift her arms, and Hinata pranks her by writing on her forehead. They spend time in the bath together.

The girls become terribly seasick, vomiting all they eat. Shirase comments that they have no choice but to endure it, which is contradicted by Kimari, who notes that being here was their choice.

“That’s not true. We always had a choice. But we chose to be here. We chose this ourselves!”

The insert song for this episode is "One Step". It is performed by the principal voice actors in character as their roles in the anime. 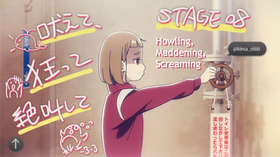 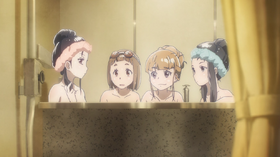 They spend time together in the ofuro 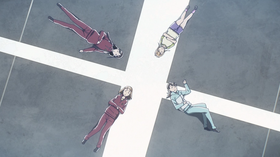 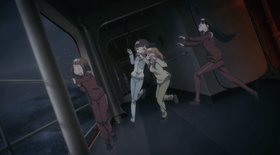 The girls go outside for a bit 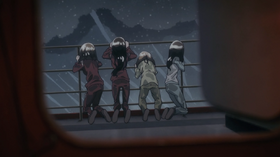 They get splashed by the waves 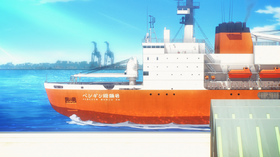 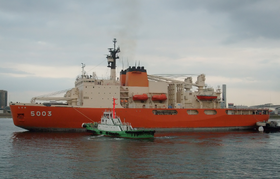 Icebreaker Shirase, upon which Penguin Manju Go is based