One Million Yen for Youth

Kabukicho Fremantle
One Million Yen for Youth is the first episode in the A Place Further Than the Universe series. It premiered on January 2, 2018.

Tamaki Mari, who goes by Kimari, has a list of goals, including, "Get the most out of youth". As a first step, she decides to skip school and take an impromptu trip to Tokyo, but she backs out at the last minute. She discusses it with her best friend Megumi. At the train station Shirase Kobuchizawa runs past Kimari and drops an envelope. Kimari finds that the envelope has one million yen inside. Later at school she returns the money to Shirase, and is told that the money is for her goal of going to Antarctica. Some older girls find out about it, and try to shake down Shirase for money, but Kimari helps her out.  Kimari encourages Shirase, and is invited to join in the quest. They go by train to Kure, where they tour the Antarctic expedition ship. 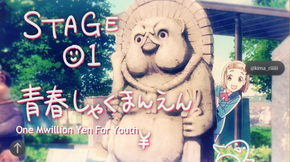 Title card - This tanuki statue is in front of Tatebayashi Station 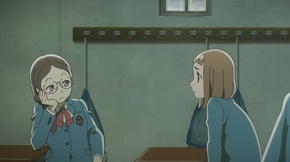 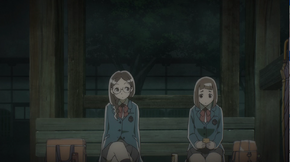 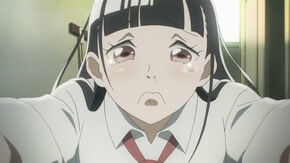 Shirase says thank you to Kimari 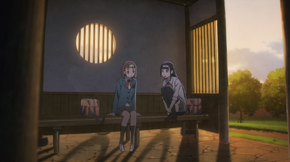 Shirase tells Kimari about Antarctica
Add a photo to this gallery

Retrieved from "https://a-place-further-than-the-universe.fandom.com/wiki/One_Mwillion_Yen_For_Youth?oldid=1203"
Community content is available under CC-BY-SA unless otherwise noted.